Rep for Vets > About Our Company > Christina Carrano 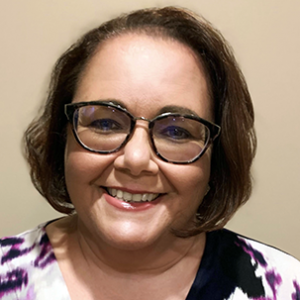 Christina Carrano joins our team with over 25 years of experience in the disability field, having successfully represented thousands of clients in Social Security disability matters during her career at Binder & Binder. A Florida native, Christina graduated from the University of Miami. She also attended the University of Miami School of Law, where she was recognized for her trial advocacy skills. Christina’s career in disability law began in law school as an intern at Legal Services of Greater Miami assisting the indigent population with a host of public benefits matters. She never looked back and has made it her life’s mission to advocate for the deserving and those in need.

Christina is the daughter of a Vietnam era veteran. Her father’s family housed American soldiers in Italy during World War II, and after immigrating to the United States, he served in the Army where his MOS was, not surprisingly, food service! Christina has always had a special interest in veterans issues, having represented hundreds of them in the Social Security arena. She believes
that the VA, and all of us, owe a deep debt to America’s veterans including the timely and proper adjudication of their claims for the benefits to which they are entitled.

Christina’s other passion is her dogs. All of her dogs have been rescued mutts who are down on their luck and hit the lotto when she and her husband bring them home. If the measure of a person’s character is how they treat animals, Christina has it in spades.