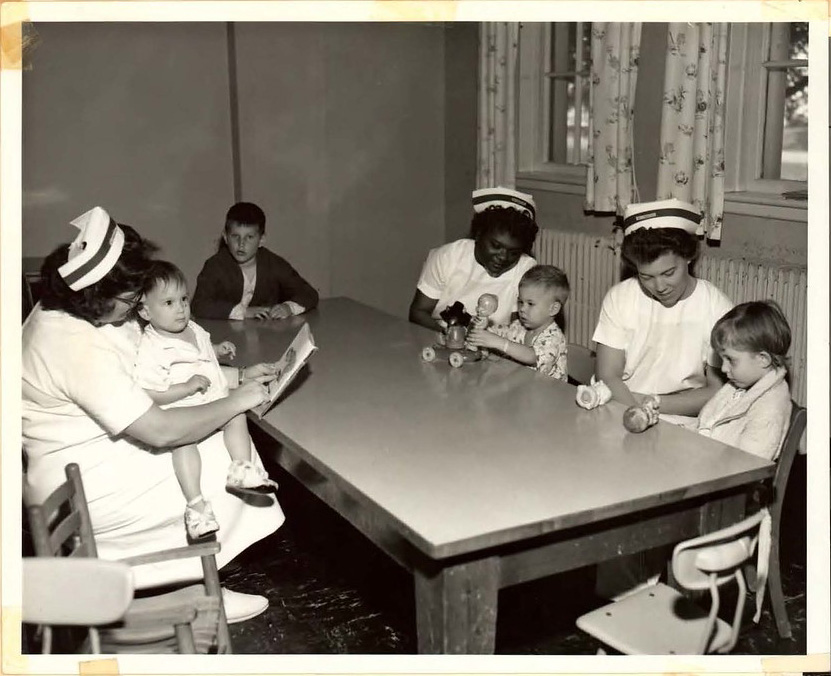 Between the 1950s and the 1980s, the Marine Corps Base Camp Lejeune in North Carolina was one of the most toxic places to live and work in the United States.

Children whose mothers were exposed to the contaminated water were born with heartbreaking birth defects. A 2003 federal study concluded that the rate of spina bifida and anencephaly (a condition in which part of the cranium is missing), was much higher than the national average. These children were also at an elevated risk of childhood cancers, such as leukemia.

Adults who spent as little as a month on the base have developed a host of diseases and conditions, including female infertility, miscarriage, leukemia and multiple myeloma, as well as bladder, breast, esophageal, kidney and lung cancers.

It wasn’t just one source of contamination. Well water from two separate water-treatment plants was contaminated by multiple toxins. An industrial solvent called perchloroethylene (PCE) that was used by an off-base commercial dry cleaner leeched into the wells serving the Tarawa Terrace system as a result of spills and improper disposal practices.

Contamination of the Hadnot Point water supply was more complex, involving multiple pollutants caused by on-base spills and leaking drums of mustard or nerve gas that had been buried a mere 5 feet underground. (Combating chemical weapons continues to be a big part of the training mission at Camp Lejeune.)

Military families were exposed to toxins by drinking the water, bathing, cooking, and washing dishes. A 2013 CDC study confirmed what mothers of children born with birth defects already suspected: their babies had been exposed while they were pregnant.

The most severely contaminated wells were shut down in the late 1980s. Since then, veterans and their allies have been waging a long battle for recognition that Camp Lejeune water contamination made them and their families sick.

With recognition comes compensation, in the form of healthcare and VA disability payments. Marine higher-ups finally officially acknowledged that the water was contaminated in 1999, but it took another decade before any disabled veterans saw benefits related to Camp Lejeune water contamination.

As of October 2021, eight diseases and conditions are eligible for presumptive disability benefits. Those illnesses are:

As long as you lived on the base between 1957 and 1987 and have been diagnosed with one or more of the above conditions, you are eligible for presumptive benefits. Presumptive benefits don’t require you to provide additional medical evidence proving a service connection.

Medical care and disability benefits were made law by the Janey Ensminger Act of 2012. The law also covers reservists who lived and worked on the base.

The Camp Lejeune Families Act, passed the same year as the Janey Ensminger Act, made veterans and their family members eligible for reimbursement for out-of-pocket costs related to 15 conditions, some of which overlap with the above list. These benefits are administered through the Camp Lejeune Family Members (CLFM) program. The reimbursable conditions are:

It’s worth repeating that the CLFM program does not provide direct health care to family members. Rather, VA reimburses family members for out-of-pocket medical costs, and only after receiving payment from all other health plans.

If your condition is not on the presumptive list, not to worry. You are still entitled to disability benefits, but you will have to prove that it is connected to your time in service. Generally speaking, to demonstrate service connection you will need:

In this case the “event” is exposure to the contaminated water in the course of your daily life. This may seem like a high burden of proof for individuals to meet, but don’t be discouraged. Experienced VA claims agents are able to use already completed studies on Camp Lejeune water contamination to support veterans’ claims for direct service connection for various conditions.

Regardless of your veteran status, if you lived at Camp Lejeune between 1957 and 1987, chances are you were exposed to contaminated water. You have the right to medical care and reimbursement of out-of-pocket costs.

For veterans who were seriously harmed by the water at Lejeune, applying for and winning disability benefits is a small but important form of redress for their injuries. Veterans who win Camp Lejeune water contamination claims can receive upwards of $3,000 a month with a 100% rating. They may also be eligible for  Special Monthly Compensation, which is additional monthly compensation for especially severe disabilities. Individual Unemployability could be another way to receive maximum compensation without a 100% rating.

Related: How to Get Maximum VA Compensation for Camp Lejeune Water Contamination

If your claim has been denied for lack of evidence, you have options. Many veterans in your shoes enlist the help of a VA-accredited claims agent to appeal an unfavorable decision. Here at the Rep for Vets, we have helped thousands of veterans get the benefits they deserve. This is what we do, this is all we do. We can also make sure you’re getting the maximum VA rating for your Camp Lejeune water contamination claim. Give us a call today at 1-888-5-REPVET or fill out a quick form to schedule your free evaluation.