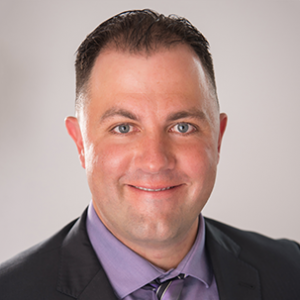 Chris Loiacono is our Rep For Vets Director of Operations. Chris is the guy in charge. He’s a VA-Certified Claims Agent, which means the Department of Veterans Affairs has determined that he is qualified to represent Vets with their claims for disability.

Chris has worked in the disability arena since his graduation from the State University of New York at Cortland. An extensive study of the Vietnam War in college was one of the big influences on him, as were the experiences of many of his family members who served in the military.

Chris was a serious hockey player in college. Hockey is a tough game. Many of his adversaries have learned the hard way Chris doesn’t give up. Not ever. And that’s important, because one of the biggest problems Vets face is the length of time it sometimes takes to win their benefits. Chris subscribes wholeheartedly to a lesson from the great wartime Prime Minister of England, Winston Churchill who said, “Never give up. Never. Never. Never.”

Chris especially cherishes the fact that winning a Vet’s case can have such a huge influence on how that vet lives the rest of his or her life. As you may be aware, many of America’s homeless people wore the uniform of the United States of America proudly, only to come home with no way to earn a living. In some extreme cases, winning benefits due has actually meant that a Vet no longer has to live on the street.

Chris says, “The cases that really stand out to me, are those that took a very long time to win. For example I had one client who had been trying to establish a mental health condition. It took ten years, but he finally obtained what he deserved, a significant award – hundreds of thousands of dollars in back compensation. And of course I remember some cases where the Veteran died or committed suicide before obtaining benefits.”

Chris Loiacono is a “gentleman and a scholar”. But any adversary he faces quickly learns that hockey players are tough guys. And he will do what it takes to be successful.