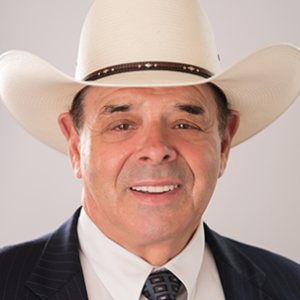 A life long New Yorker, Harry now resides in the Tampa area actively representing disabled veterans before the Veterans’ Administration, and the United States Court of Appeals for Veterans Claims.

If you ask him about New York, he will tell you he misses the food, the bagels, the egg creams, the diners, the Chinese restaurants, and his New York Rangers. He will also tell you he doesn’t miss the snow, the cold, the taxes, etc.

Although he worked as an accountant while attending college, his first and only full time job as an attorney was working for a solo practitioner upon graduation from Cornell. That attorney represented a number of police groups and unions, as well as other civil servants (firefighters, sanitation, EMTs, etc). Harry had the privilege of representing those individuals, especially those who were hurt on the job, or had service connected injuries, and were applying for disability retirement benefits from the city or state retirement boards. Along with receiving disability retirement benefits, Harry got actively engaged in obtaining Social Security disability benefits for his clients as well.

During the 1970’s, a great majority of the police and firemen were veterans returning from military service, either the Vietnam war for the younger ones, or the Korean war for the older ones. In representing these disabled individuals, Harry noted that while their injuries were from their current job, in many cases there were underlying issues from their time serving this great country which impacted their injuries and disabilities. Some of the issues were physical injuries of battle, basic training, or the risks inherent of being in the military. Other issues were more subtle, issues that were once called “battle fatigue,” but now acknowledged to be Post Traumatic Stress Disease (PTSD). And Harry was one of those old-fashioned attorneys, the ones who left “nothing on the bone.” If there was a benefit to be obtained, then those injured clients were to get everything they were entitled to. And thus was borne the veterans’ disability advocacy practice (the Rep For Vets).

Wanting only to represent disabled individuals and veterans, Harry left his employer in 1974 and hung out his own shingle. His focus was on representing the disabled individuals and veterans before the Social Security Administration, and the Veterans Administration. And by limiting his practice to this specific field, he gained an expertise and reputation recognized by his colleagues, and the general public. By 1979 his practice on Long Island had become so big that he requested the help of his brother Charles, a trial attorney for the Legal Aid Society in New York City. And thus was born Law Offices – Binder & Binder.

With his brother, the two Binder’s decided to expand from Long Island and New York City, to a national firm. The rest is history.