Can I Get Disability Benefits for Military Sexual Trauma?

Can I Get Disability Benefits for Military Sexual Trauma?

Posted by The Rep for Vets
in Military Sexual Trauma

The short answer is: Yes. You are entitled to veterans disability benefits for Military Sexual Trauma (MST) if it caused you to develop Post-Traumatic Stress Disorder (PTSD) or other health conditions that make it difficult for you to work and provide.

If you experienced MST, know that you’re not alone. Recent major investigative reports have brought to light just how prevalent sexual violence is in the military, and how it has historically been brushed under the rug by commanding officers or dismissed by VA medical professionals.

Attaining VA benefits for MST may seem like an uphill battle, but the VA actually has less strict evidence requirements for MST-based claims compared to other disability claims. And if you prevail, it’s worth it. A single veteran with no dependents who is unable to work due to MST-related PTSD receives $1,754 a month in VA disability benefits in 2022.

This article covers how the disability claims process works when the cause stems from sexual trauma, what supports exist, and what to do if your claim has been denied.

What Is Military Sexual Trauma?

The VA uses the term Military Sexual Trauma to refer to sexual assault or sexual harassment experienced during military service. Examples of MST include everything from unwanted touching, to being pressured into sex by a person in your chain of command, to aggravated sexual assault or rape.

According to the National Health and Resilience in Veterans Study, 32.4% of female veterans and 4.8% of male veterans reported being sexually assaulted while on active duty. Given the retaliation that service members who report sexual assaults face, those numbers are likely higher. The study also connected MST with higher rates of major depressive disorder, PTSD, and generalized anxiety disorder in veterans.

With increased public scrutiny of sexual assault in the military, the VA has had to change the way it deals with MST-related benefits claims — by actually dealing with them. Every VA health care system now has an MST Coordinator, who is there to help veterans access VA services and mental health support. Since 2015, over a million outpatient visits a year have taken place at the VA for MST-related care.

The VA recognizes MST as a service-connected ‘stressor’ event that can cause PTSD, a benefits-eligible condition.

If your MST caused you to develop PTSD, and your PTSD symptoms prevent you from working, you may be eligible to receive monthly disability compensation.

Government researchers have found that PTSD, depression, anxiety disorders, panic attacks, and substance abuse are all associated with MST and are thus connected to military service. When a disability is “service-connected”, that means the veteran is eligible for disability compensation payments from the VA, as well as other medical benefits.

Who Develops PTSD and What Are the Symptoms?

PTSD is a survival mechanism, but the high adrenaline levels and stress hormones produced by the body can lead to changes in brain chemistry and the most telling symptoms of PTSD, which are:

As recent reports in the Military Times and other national publications have shown, the retaliation and silencing that often occurs when sexual crimes are reported can be worse than the sexual assault or harassment itself. There may also be genetic factors that are not yet fully understood by scientists.

If you have a history of depression and anxiety, or you weren’t believed when you told family, friends or colleagues about the traumatic event, or your experience was downplayed or dismissed, you’re more susceptible to developing PTSD.

Trending
2022 VA Pay Increase Is Biggest in Over a Decade

What Evidence Do I Need to Prove a Military Sexual Trauma Claim?

As we touched on briefly above, the VA has less strict evidentiary requirements in claims based on MST compared to other disability claims. That’s because, more often than not, a veteran’s service records don’t explicitly reference a sexual assault.

In 2012 the VA acknowledged the difficulty of corroborating MST claims and relaxed evidentiary standards, leading to a 20% increase in successful MST-related PSTD claims.

Proving PTSD due to a non-combat stressor presents its own unique challenges, but don’t be deterred. The absence of service records is not valid grounds to deny a PTSD claim, nor is a veteran’s failure to report at the time out of fear.

Let’s look at the two types of evidence that can help you win your claim in more detail.

Evidence of the Incident

Evidence that a traumatic event occurred may include:

Proof of behavioral changes can also help support your MST-related claim. Examples may include:

The VA considers medical records, but it is also required to look at other evidence the veteran can provide, such as buddy statements.

Buddy statements can come from family members, friends, or former military colleagues who can attest to your battles with PTSD. A spouse or a friend, for example, can attest to the frequency and severity of symptoms like panic attacks, insomnia, and angry outbursts. Outside observers may be able to describe how your PTSD symptoms manifest better than you can. For this reason buddy statements are an effective way to strengthen your appeal.

This is a question that many veterans who have experienced MST ask themselves or may be asked.

Mental health experts know that it can take a long time, sometimes years, for symptoms of PTSD to show up to the extent that they disrupt a veteran’s basic functioning. You may have developed disabling PTSD symptoms long after your time in service, or you were afraid to come forward at the time you experienced the trauma.

Fortunately, growing public awareness of military sexual trauma, PTSD, and mental health in general, has made it easier for veterans seeking compensation for MST-related PTSD. Coming forward can open the door to the benefits that are available to people who report MST. It can also bring you in contact with a community of survivors who can support you on your healing journey.

Sexual assault can be reported at any time, regardless of the amount of time since the assault. (See Additional Resources for Reporting Military Sexual Trauma, below.)

As you prepare to file your claim or appeal a denied claim, be aware that you may experience some retraumatization when telling or retelling your story. Retraumatization describes the fear and anguish of having to revisit the trauma, whether it’s in a therapist’s office or at a C&P exam.

Retraumatization doesn’t happen to everyone, and it doesn’t have to deter you from telling your story and seeking the benefits to which you are entitled.

Many victims of MST avoid seeking help because of the risk that it will make their symptoms worse. Exposure therapy, for example, has been known to make some veterans’ PTSD symptoms worse.

We encourage veterans to use all the tools at their disposal on their healing path, but understand the risks involved in the disability claims process. Speaking to an experienced and compassionate VA-certified claims agent about the process may help alleviate some of your concerns.

It’s important that you have a support system in place before you pursue disability benefits. It won’t be easy to revisit traumatic experiences in order to provide the evidence you need to win your claim. You may also need to apply to have your discharge status changed.

You can apply to have your discharge upgraded with your branch of service, but it is not strictly necessary, since the VA has an independent duty to determine your character of discharge regardless of the branch of service determination. If the VA determines that your service was honorable (or other than dishonorable) for the purposes of VA benefits — this is known as a “VA character of discharge determination” — you are eligible for VA healthcare and benefits

VA disability ratings for PTSD range from 0% to 100%, with breaks at 10%, 30%, 50%, and 70%. These ratings are meant to capture the severity of your condition, and how much it affects your ability to work and take care of yourself.

If your MST-related PTSD makes it difficult for you to work and provide for your family, you could receive upwards of a 70% rating. A 100% PTSD rating is very rare. If your condition is so severe that you cannot work at all, you may claim Total Disability rating based upon Individual Unemployability, or TDIU, to receive maximum compensation, or the equivalent of a 100% rating.

To learn more about the rating criteria for PTSD, read our article on how the VA Determine PTSD disability ratings.

What if you have multiple disabilities, say, PTSD and cardiovascular disease? In this case the VA combines each of these ratings to determine your overall disability rating. However, the two (or more) ratings are not simply added together. Instead, your rating is calculated by consulting a combined ratings table. You’ll sometimes hear this referred to as “VA math”. We explain how VA math works in our article on calculating your VA disability rating.

You may have heard the term “VA math” before. The person using the term is usually expressing confusion or frustration with the weird way the VA rates disability. Read More »

What Happens If My Claim Is Denied?

If the VA has denied your MST benefits claim, take a deep breath. You still have options. The denial letter should give a reason why the claim was denied, such as lack of evidence, so be sure to hang on to that letter.

The VA allows for service connection without service and medical records confirming a sexual assault, but in practice you will need additional evidence to support your claim. You may want to consider consulting with an experienced VA claims agent who understands the system and can help you put together other forms of evidence to win your appeal.

You signed up to defend our country and ended up having to defend yourself against unwanted advances, sexual assault or even rape. Your whole life may have been changed as a result of this traumatic experience. You may be finding it difficult to work, concentrate, and have a fulfilling social life.

You may also be struggling with the long-lasting physical health impacts of PTSD or substance abuse. You are going to need all the support you can get. We urge you to use all the resources available to get the emotional, medical, and financial assistance you need to become a survivor.

Receiving VA benefits can assist a survivor of MST by providing therapy services and monetary assistance to help you regain some control over your life. Telling your story can also help relieve some of the burden you carry.

Here at the Rep for Vets, we are sensitive to the complexities of PTSD/MST claims. We believe our veteran survivors of MST, and are prepared to help you take the next step on your healing journey. Give us a call at (888) 573-7838 today to discuss your claim.

The Military Rape Crisis Center provides immediate crisis care, support, legal assistance and hope to all survivors of MST and their loved ones. They can be reached at (202) 540-9060.

Hawaii State Coalition for the Prevention of Sexual Assault 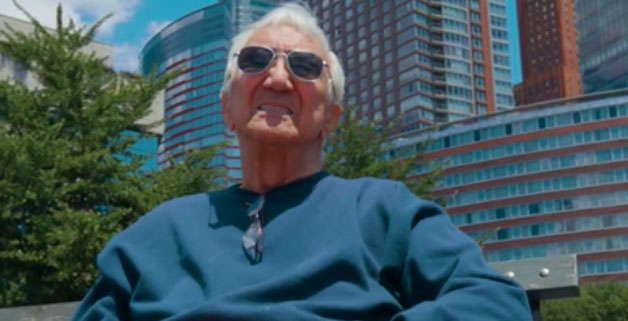