Deprecated: Function get_magic_quotes_gpc() is deprecated in /home/customer/www/repforvets.com/public_html/wp-content/themes/libero/framework/lib/mkd.functions.php on line 235 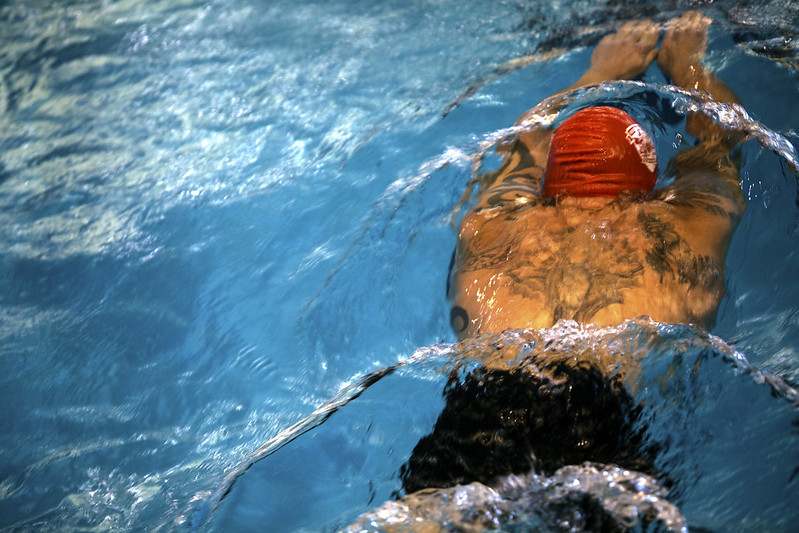 If you google “Camp Lejeune”, you’ll find a lot of articles on Camp Lejeune Water Contamination. That’s an unfortunate reality. Camp Lejeune has a special place in U.S. military history. The North Carolina base trained Marines in amphibious operations who later deployed to the Pacific Islands to defeat Axis forces in World War II. Camp Lejeune-trained Marines have played an outsize role in every major war since, as well as humanitarian and peacekeeping missions around the world. But Camp Lejeune has a dark chapter in its history that has only recently come to light.

Between the 1950s and the 1980s, Camp Lejeune was one of the most toxic place to live in the United States. For years a dry-cleaning operation dumped harsh chemicals into the local storm drains, polluting the well water residents used to drink, cook, wash, and bathe. Fuel tanks buried underground also leaked into the water supply.

Veterans and their loved ones who were exposed to the contaminated water at Camp Lejeune during the toxic years, including pregnant women, have developed a host of rare cancers, heartbreaking birth defects, and other devastating health problems. Between cancer treatments, hospital stays and long term care, these folks have shouldered a ton of medical expenses. Making matters worse, Marine Corps higher-ups covered up the toxic exposure for decades.

How Many People Were Affected by Camp Lejeune Water Contamination?

An estimated 900,000 veterans, family members, reservists, and nearby civilians were exposed to toxic water at Camp Lejeune between 1953 and 1987, according to the US Centers for Disease Control.

With the passage of the historic PACT Act, a comprehensive bill designed to rectify the way the VA deals with toxic exposures, Camp Lejeune survivors and their families are finally getting their day in court. The bill includes a provision called the Camp Lejeune Justice Act, which makes it possible for veterans and family members who lived on the base between 1953 and 1987 but weren’t diagnosed with cancer until after 1997 to sue to recover damages. Previously, a North Carolina statute of limitations law made it impossible to do so.

If you or a loved one lived or worked at Camp Lejeune between 1953 and 1987 and suffer from water toxicity-related diseases such as cancer, you may be entitled to a settlement from the government. Veterans and civilians alike who were sickened or lost a loved one as a result of the toxic exposure may seek compensation for the harm done to them and their families.

There are two ways to get compensation for Camp Lejeune water contamination:

To join the class action suit, contact the law offices of Levin Papantonio Rafferty to schedule a free consultation. They can also be reached on their dedicated Camp Lejeune line at (850) 436-6308.

Veterans, family members, and survivors who file a claim can expect to receive anywhere between $25,000 and $1 million or more, depending on the severity of their illnesses.

The rest of this article covers the process for recovering compensation in the form of VA disability benefits.

While Camp Lejeune class action suits are currently getting the headlines, it’s important to note that there are options available for disabled veterans to receive benefits through the Department of Veterans Affairs (VA). A one-time Camp Lejeune water contamination settlement amount may help you recover medical costs, but a monthly VA disability payment can help you secure long-term stability for you and your family. By way of introduction, we are the Rep for Vets, a national disability advocacy firm. We fight to make sure veterans in every state and U.S. territory are getting the benefits they earned.

Who Is Eligible for the Camp Lejeune Water Contamination Benefits?

Disabled veterans who meet these simple requirements are eligible for benefits:

For visually impaired readers, we’re talking about the areas that were served by the Hadnot Point and Tarawa Terrace water treatment plants.

Getting benefits for Camp Lejeune water contamination is worth fighting for, especially if your illness prevents you from working and supporting your family. Veterans who have won Camp Lejeune water contamination claims are receiving upwards of $3,000 a month with a 100% rating. You may also be eligible for  Special Monthly Compensation, which is additional monthly compensation for especially severe disabilities. Individual Unemployability could be another way to receive maximum compensation without a 100% rating.

Veterans and their families who have suffered due to Camp Lejeune water contamination are entitled to disability benefits and free health care for their illnesses. Learn how you can get the maximum compensation. Read more

In 2017, Congress passed a bill fast-tracking eight major illnesses for disability benefits. Veterans who have one of the 8 conditions don’t have to jump through as many hoops to prove the contaminated water made them and their families sick. The 8 presumptive conditions are:

If you have an illness on the list you don’t have to provide evidence beyond your service records to prove that your illnesses are service-connected. They are presumed to be service connected.

Over the years, veterans have reported many health problems that they believe were caused by the contaminated water. Not all of these cancers and conditions are covered by presumptive benefits.

Esophageal cancer, lung cancer, breast cancer, neurobehavioral effects, and scleroderma, for example, are not yet presumed to be service-connected. Veterans with one or more of these illnesses must provide evidence to support their claim on a case-by-case basis.

Let’s look at an example of a veteran who would need to prove direct service-connection.

Chris lived and trained at Camp Lejeune in the 1980s before deploying to Grenada. Chris managed to make it back home safely, but by the late 1990s he had developed esophageal cancer and scleroderma, a rare disease that causes inflammation of the joints.

Chris suspects his illnesses are connected to his time at Camp Lejeune. If Chris’s doctor believes his cancer and scleroderma were likely caused by the contaminated water at Camp Lejeune, he may request a letter from his doctor stating this. The doctor’s medical opinion, known as a nexus letter, will help strengthen Chris’s claim.

In the future, Congress may pass another law to expand the presumptive benefits list, as they did with Agent Orange. But it is in Chris’s best interest to start the claims process now, not wait to take the easier path. When Congress does get their act together, Chris will have an earlier effective date and receive backpay for any benefits that were denied.

The 2012 Camp Lejeune Families Act covers out-of-pocket costs for a much longer list of illnesses that scientists have linked to Camp Lejeune. The 15 covered conditions are:

We believe that this list more accurately reflects the full range of illness associated with exposure to toxic chemicals in the water at Camp Lejeune.

If you have any of the above conditions, do not hesitate to file a disability claim or appeal a claim that VA has denied. You don’t have to wait for Congress to add your illness to the presumptive benefits list to start receiving benefits.

Since 2011, the VA has approved 17% of Camp Lejeune claims. With such a low approval rate, it’s important to get all your ducks in a row and make the strongest possible claim.

We advise working with a VA-accredited claims expert who can dedicate resources to your case. The system does not always function with the best interests of veterans in mind, but there are people willing to fight on your behalf until you prevail.

A denied claim is not the end of the road. There are now over 400,000 Camp Lejeune claims currently in appeal, according to the VA, which means there are many veterans in your shoes.

Some turn to attorneys or overburdened VSOs, but we think a VA-Certified claims agent is your best bet. We know how the system works and “leave no meat on the bone,” as the saying goes.

Our experienced claims agents have helped thousands of veterans get the benefits they earned when they signed up to serve our great country.

Get Professional Help With Your Camp Lejeune Claim Today

Don’t let a denied claim discourage you from getting life-sustaining benefits. If your Camp Lejeune claim was denied you have a right to appeal. Call 1-888-5-REPVET or fill out a quick form to get started. We look forward to hearing your unique story and helping out in any way we can.

How Do I File a VA Claim for Camp Lejeune Water Contamination?

Not sure where to begin with your VA disability benefits claim? See our guide to Getting Started with the VA Claims Process.

Can I File a VA Claim If I Plan on Joining the Class Action Suit?

Yes. Even if you are already collecting VA benefits or plan on appealing a claim, you will be eligible to join the emerging litigation.