Healing the Wounds of Afghanistan: A Benefits Guide for Disabled Veterans

Rep for Vets > Afghanistan Veterans  > Healing the Wounds of Afghanistan: A Benefits Guide for Disabled Veterans

Healing the Wounds of Afghanistan: A Benefits Guide for Disabled Veterans

Posted by The Rep for Vets
in Afghanistan Veterans 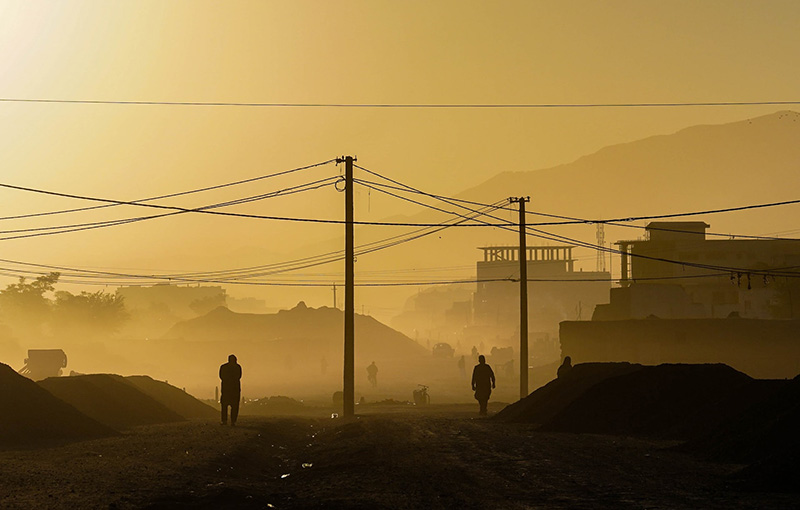 Veterans watched with anger and sadness this past August as Afghanistan fell to the Taliban. The withdrawal of American troops from Afghanistan may be a poignant and painful reminder of objectives unmet. But here at The Rep for Vets, we think sacrificing for one’s country is never done in vain. We feel an obligation to help vets who served honorably in America’s longest war in getting back on their feet again, and moving forward with their lives.

For disabled veterans, part of the healing process involves securing disability benefits, a small form of redress for their injuries. Afghanistan was a dangerous place to serve. Enemy fighters and suicide bombers weren’t the only threats to service members deployed there. Infectious diseases were rampant. Burn pits were used to dispose of refuse, exposing troops to toxic smoke. Many veterans have developed disabilities as a result of these hazards and more.

The Department of Veterans Affairs (VA) recognizes 9 infectious diseases as automatically service-connected and thus eligible for monthly disability benefits payments. For other illnesses associated with service in Afghanistan, you must provide evidence to support your claim that it is service-connected. Either way, you served your country and deserve the benefits to which you are entitled.

Covered in this article:

The 20-year war overwhelmed much of Afghanistan’s already fragile infrastructure, setting the stage for outbreaks of infectious diseases among both foreigners and locals. If you served in Afghanistan, you may have contracted an infectious disease listed below which the VA assumes is related to service in this region. We call these presumptive diseases.

Who Is Eligible for Presumptive Benefits?

You can get disability benefits if you have one of these infectious diseases and it was diagnosed within one year of your date of separation:

You can get benefits for the following illnesses regardless of when it was diagnosed:

How Do I Get Benefits for Presumptive Diseases?

If you were diagnosed with any of the above diseases during the time frames indicated, and you did not receive a dishonorable discharge, all you need to do is file a disability claim. You don’t have to provide any additional evidence to support your claim.

Burn pits have been described as the post-9/11 generation’s Agent Orange. Starting in the 1990s, military contractors burned garbage, medical waste, batteries, plastics, paint, and many other hazardous materials in vast open-air pits. These burn pits were usually located close to living quarters, a recipe for toxic exposure.

The reckless use of burn pits peaked in Afghanistan between 2001 and 2008, when they began to be phased out following public outcry. Since then scientists have strongly linked over a dozen diseases to burn pits. They are:

The above list is not exhaustive. Toxicity and reduced functioning of the liver and kidneys are also associated with toxic exposures, because these organs play an important role in detoxifying the body. Hypertension and cardiovascular diseases may also prove to be linked, according to data drawn from the Veterans Affairs Airborne Hazards and Open Burn Pit Registry.

If you have other symptoms or illnesses that you think may be related to burn pit exposure, be sure to talk to your doctor about it so it will be noted on your disability claim.

How Do I Get Benefits for Burn Pit Exposure?

As of August 2021, three of the illnesses we listed above are assumed to be connected to service in Afghanistan. They are:

Sinitus is inflammation or swelling of the sinus, while rhinitus (or rhinitis) is characterized by a persistent inflammation of the nose. If you operated near burn pits in Afghanistan from September 2001 to the present and later developed asthma, sinitus, or rhinitus, you’re eligible for benefits without having to provide any additional evidence.

Researchers continue to find evidence linking burn pit exposure and a number of severe illnesses, including cancers and respiratory conditions. The medical opinion of a doctor well-versed in how toxic exposure affects a person’s health can assess your entire medical history and make the connections clear. If your claim has been denied, speak to a VA claims expert who can help you determine if more evidence is needed or if a mistake was made. Mistakes happen all the time.

PTSD and the Mental Wounds of the War in Afghanistan

The VA estimates that Post-Traumatic Stress Disorder (PTSD) affects about 11 percent of veterans of the war in Afghanistan. Afghanistan presented a gauntlet of perils to troops because of the country’s rugged terrain, widespread use of Improvised Explosive Devices (IEDs), and many other stressors.

PTSD takes root when a person has difficulty recovering after experiencing or witnessing a horrific event. The condition may last months or years, with triggers that can bring back memories of the trauma, accompanied by intense emotional and physical reactions.

How Do I Get Disability Benefits for PTSD?

First, you need a diagnosis of PTSD. If your PTSD is related to a direct combat experience, it is assumed to be service-connected. If not, you must prove that your condition is related to an in-service stressor — the traumatic event or series of events that caused your PTSD. Corroborating evidence that can help your claim may include:

It’s important to have statements from a source other than yourself who can corroborate the fact that the traumatic event occurred. In addition to “fear of hostile or military or terrorist activity”, the VA also recognizes Military Sexual Trauma (MST) as a cause of PTSD.

Not everyone who experiences or witnesses a horrific event goes on to develop PTSD. A statement from a spouse can help establish that you suffer from flashbacks, insomnia, anxiety, hypervigilance, depression, and other symptoms of PTSD.

The last piece you need to prove service connection for PTSD is a medical opinion stating that your PTSD is likely linked to your time in Afghanistan.

PTSD, if left untreated, can permanently change the chemistry of the brain, affecting a person’s fear response and ability to think clearly. This accounts for irrational fears that people who have experienced trauma have trouble overcoming.

PTSD can be treated. With treatment trauma survivors can feel safe in the world and live normal and productive lives. Effective treatments for PTSD include different types of psychotherapy (talk therapy) or medication. Learn more at the National Center for PTSD website at https://www.ptsd.va.gov/.

For more information on obtaining benefits for PTSD, check out our article on how the VA determines PTSD disability rating.

TBI is so common among veterans of Afghanistan that it’s often referred to as the “signature injury” of the war. Most TBI cases were caused by explosions and vehicle crashes.When these injuries occur, the brain is violently rocked in the skull, causing temporary or permanent damage to the frontal lobe.

TBI is characterized by both physical and psychological impairments. Veterans may suffer from residual effects of TBI that the VA may not recognize as such. This can put a limit on the benefits to which you are entitled.

Veterans with brain injuries that resulted from military service will soon have an easier time getting disability compensation. In response to criticism that VA has been underestimating the effects of TBI and not awarding enough benefits, the Department has proposed a new rule. When the rule becomes final, the following diseases will be assumed to be service-connected:

In the meantime, if you have been denied disability benefits for lack of a service connection, talk to a VA claims expert about appealing your claim.

Head trauma and PTSD often go hand in hand. Veterans injured by explosions may develop PTSD as a way of coping with the trauma. These two conditions interact in a way that can be severely debilitating. It’s important to seek treatment and speak to a VA claims expert to make sure you’re getting the proper benefits compensation you need to support yourself and your family.

Related Article: How to Calculate Your VA Disability Rating

Other Diseases and Impairments

We have been discussing some of the most prevalent disabilities facing Afghanistan veterans. In addition to infectious diseases, toxic exposures, PTSD, and TBI, veterans deployed to Afghanistan are dealing with a host of other impairments and diseases, from tinnitus to cardiovascular problems.

Learn More About How The Rep For Vets Can Help

America’s longest war may be over, but the healing process has only just begun. Many veterans in your shoes consult attorneys or claims agents for assistance, information and support. Let our VA-accredited claims agents get you the benefits to which you are entitled. Call 888-573-7838 for a free initial consultation or fill out a quick online contact form to get started. We look forward to hearing your story and helping out in any way we can.