Agent Orange Exposure: A Must Read for Every Vietnam-Era Veteran

Agent Orange Exposure: A Must Read for Every Vietnam-Era Veteran

Posted by The Rep for Vets
in Agent Orange 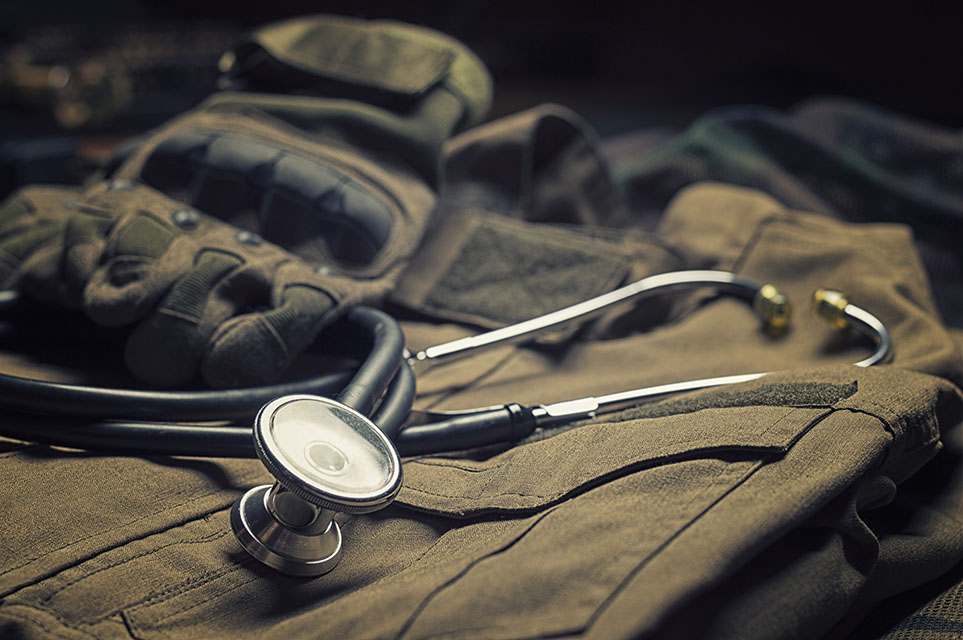 Our full understanding of the health impacts of Agent Orange has expanded over the years. So, too, has the VA’s official position on which diseases are caused by Agent Orange, and who is eligible for disability benefits. Yet 50 years since the end of the Vietnam War, some veterans are still waiting to get benefits for Agent Orange exposure.

In 2021, three new conditions — bladder cancer, hypothyroidism, and Parkinsonism — were added to the Agent Orange presumptive benefits list. That increased the disability payments of thousands of Vietnam-era veterans. But hypertension and dementia, which researchers say are connected to Agent Orange exposure, are not yet compensable conditions.

In 2020, a Congressional Act made Blue Water Navy veterans eligible for Agent Orange benefits. The VA had previously denied these veterans, who operated along Vietnam’s waterways. Veterans who served in Thailand and reservists who handled Agent Orange on a handful of U.S. Air Force bases are also presumed to have been exposed. One site of toxic exposure that still goes unacknowledged is Guam. Vietnam-era veterans stationed in Guam used Agent Orange to clear brush around bases. And despite suffering from the same raft of illnesses as their counterparts in Vietnam, these veterans aren’t granted the same presumption of service-connection.

In this article we take an in-depth look at the latest developments on the front lines of the battle for Agent Orange benefits. If you need a refresher on what Agent Orange is, how it affects the body, etc., skip to the Frequently Asked Questions section at the end of the article.

Health advocates have long maintained that there is a strong link between hypertension, more commonly known as high blood pressure, and Agent Orange exposure. But it’s not on the presumptive list of diseases and conditions that are automatically presumed to be connected to service in Vietnam. As of this writing, veterans exposed to Agent Orange who have high blood pressure are required to pass an additional bureaucratic hurdle by proving direct service-connection.

The True Cost of War Recognition Act, introduced by Congress in May of 2021, aims to address the long-term effects of burn pits, the post-9/11 generation’s Agent Orange. The bill would also help Vietnam veterans who suffer from high blood pressure. If passed, high blood pressure would be presumed to be service-connected, allowing an estimated 160,000 veterans to qualify for additional disability benefits.

There is no shortage of research showing a link between Agent Orange exposure and hypertension. VA officials maintain that more evidence is needed. One reason hypertension has remained off the presumptive list may be the price tag. If/when hypertension is added to the list, the VA would be paying out as much as $15 billion in new disability payments to veterans.

Most of the progress on Agent Orange benefits has come through Congressional acts, not internal VA processes. That’s why we’re optimistic about a bipartisan bill introduced in Congress last year that would change the way the VA deals with illnesses caused by toxic exposures altogether. The True Cost of War Recognition Act would make it easier for veterans exposed to toxins to get presumptive disability benefits where there is scientific evidence of an association.

In 2021, bladder cancer, hypothyroidism, and Parkinsonism were added to the list of diseases presumed to be connected to Agent Orange (aka the presumptive list). Parkinsonism was added to acknowledge the disabling effects of Parkinson’s-like symptoms that don’t meet the full criteria for a diagnosis.

In addition to those three, the VA already recognizes 14 other conditions connected to Agent Orange exposure. They are:

Why is Presumption of Service Connection So Important?

Presumptive service connection is important because it allows the VA to skip the “nexus” requirement, meaning you don’t need a doctor to say that all your symptoms stem from a particular event or events that occurred during your deployment overseas. In other words, it cuts through a layer of red tape. The requirements for presumptive service connection for Vietnam veterans are as follows:

If you believe you were exposed to Agent Orange and you developed a cancer or another serious illness that is not on the presumptive benefits list, you may still be eligible for benefits. Contact a VA-certified claims expert at the Rep for Vets today to help you get the benefits you earned.

In order to win your claim you must be able to document that your stressor — the traumatic incident that happened to you or that you witnessed — is service-connected.

As veterans of the Vietnam era are aging, doctors and researchers are starting to see more and more cases of dementia. Scientists have known for a long time that different types of cancer — lung cancer, bladder cancer and even brain cancer — are higher in individuals who were exposed to Agent Orange. The connection between dementia and Agent Orange is a more recent finding.

VA researchers have found that veterans exposed to Agent Orange are 2.5 times more likely to be diagnosed with a memory disorder like dementia. Dementia is a serious disorder that can leave you in need of Aid and Attendance for help taking care of your basic needs.

Dementia comes in at least 4 unique forms, and the symptoms range widely, from cognitive impacts to loss of muscular coordination.

If you’re experiencing any of these symptoms, it’s worthwhile to get checked out by a VA physician to see if it could be related to your service in Vietnam or another country involved in the conflict.

Need help with your Agent Orange claim? Give us a call today at 1-888-573-7838, or hit the button below to schedule a free consultation.

Getting Disability Benefits for Service-Connected Dementia

To get benefits for dementia, the veteran must prove, through medical records, that the dementia is service-connected.

If the veteran suffered a Traumatic Brain Injury (TBI) in service, or was diagnosed with PTSD or depression after they came home, their risk for developing dementia is much higher, and is therefore likely to be service-connected.

The connection between Agent Orange exposure and dementia is less well understood, but research does show a correlation. A study published in 2021 in the Journal of American Medicine found that veterans exposed to Agent Orange are twice as likely to be diagnosed with dementia, compared with veterans who were not exposed. That’s a very significant new finding. If more research affirms these findings, it will be much easier for veterans who developed dementia as a result of Agent Orange exposure to win their disability claims and get the benefits they earned.

Until 2020, only Vietnam veterans who met the VA’s “boots on the ground requirement” were presumed to have been exposed to the herbicide. That changed with the passage of the Blue Water Navy Vietnam Veterans Act of 2019, which extended presumption of exposure the water off Vietnam, making approximately 62,000 more veterans eligible for benefits.

The Truth About Agent Orange Exposure in Guam

While Agent Orange use is most commonly associated with Vietnam, tens of thousands of service members stationed in Guam may have been exposed to the toxic herbicide. Despite the VA’s official position that Agent Orange was not used in Guam, or was only used “commercially”, evidence suggests that Agent Orange was used in Guam during the Vietnam War era, most notably a 2020 report conducted by the National Veterans Legal Services program and the veterans legal services clinic at Yale Law School.

The clearest evidence that Guam veterans were exposed to Agent Orange is the fact that they suffer from the same raft of cancers and illnesses that their counterparts who served elsewhere are experiencing.

If you believe you were exposed to Agent Orange while serving in Guam between 1958 and 1980, you are entitled to disability benefits. Securing those benefits may be more difficult, but it’s worth fighting for. For now, Guam veterans must prove direct service-connection, by providing medical evidence and lay evidence.

Favorable decisions made by the Board of Veterans’ Appeals (BVA) granting Guam veterans benefits have been based on consistent testimony from the veteran on how they were exposed to Agent Orange during their service in Guam.

Here at the Rep for Vets, we don’t like the idea of some veterans being left behind. We fight to ensure that all veterans exposed to Agent Orange during the Vietnam era are getting the benefits they earned.

Give us a call today at (888) 573-7838 for a free consultation about your Agent Orange-related claim, or fill out this quick form to get started. We look forward to helping out in any way we can.

What is Agent Orange?

Agent Orange is an herbicide that was used to destroy enemy cover and food supply in Vietnam mainland, the Korean DMZ, and Guam. It was used to remove the vegetation that the Vietnamese combatants were hiding in, and to diminish the food supply of the Vietcong. Agent Orange has a chemical called dioxin in it, which is very damaging to the body at large.

How does Agent Orange effect the body?

The most destructive chemical agent in Agent Orange is dioxin. Dioxin affects a number of different organ system. Once dioxin enters into the body, it lasts a long time because of its chemical composition. Chemically, it’s a very stable toxin. It gets stored in the fatty tissue and then absorbed throughout the body. That’s why Agent Orange/dioxin exposure is so widespread in its devastation to the body, causing everything from cancers to respiratory and neurological diseases.

How many veterans have been exposed to Agent Orange?

We usually associate Agent Orange exposure to those who fought in the jungles of Vietnam. But new legislation (Blue Water) and all sorts of work from veterans organizations have made it known that there are American troops outside of the Vietnam mainland who were exposed to it.

What is the average compensation for Agent Orange?

A single veterans who is totally disabled by Agent Orange-related illnesses receives around $3,146a month. If you have dependents, that monthly figure goes up. The VA uses a disability rating system to assign benefits. Learn how to calculate your disability rating here.