Rep for Vets > Claims Process  > How Can I Get a 100% VA Disability Rating for PTSD?

Posted by The Rep for Vets
in Claims Process, Mental Health, PTSD 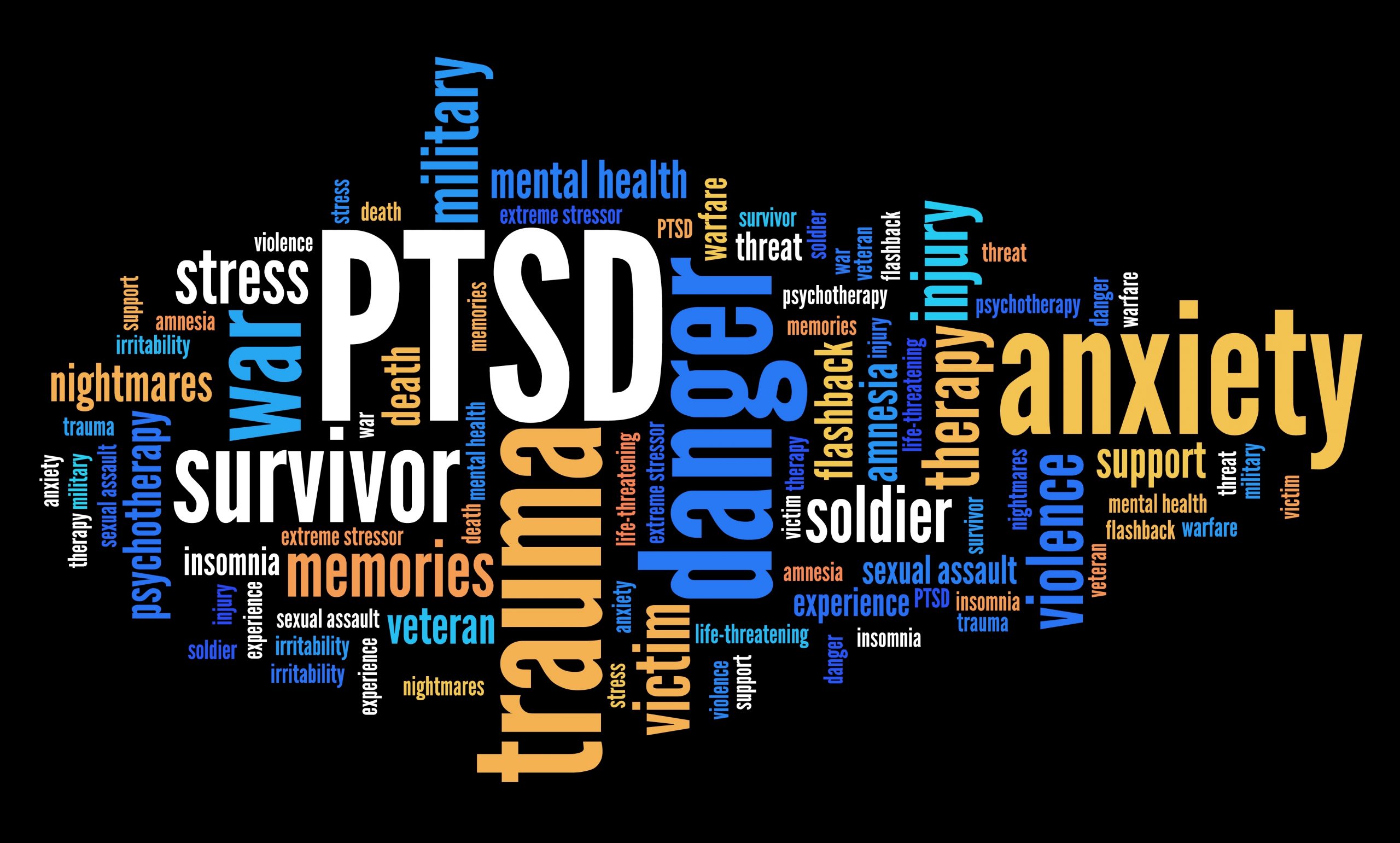 With Mental Illness Awareness Week upon us and World Mental Health Day coming up on October 10, we thought we’d shed some light on PTSD and the VA disability benefits system.

First known as “shell shock” or “operational fatigue”, our society has come a long way in understanding the full impact of what is now known as Post-Traumatic Stress Disorder, a mental health condition affecting the lives of millions of veterans. The 1983 National Vietnam Veterans Readjustment Study, the first long-term study of its kind, found that some 30% of Vietnam veterans had symptoms of PTSD within eight years of the war’s end. A follow-up study published in 2015 in JAMA found that 11% of those male veterans and 9% of female veterans still struggled with PTSD 30 years later. These findings suggest that if PTSD is not treated early, it tends to become a chronic condition. When that happens, veterans with a PTSD diagnosis, along with evidence to back their claim, become eligible for disability benefits through the VA.

Fortunately, growing public awareness of PTSD, and mental health in general, has made it easier for veterans seeking compensation for service-related PTSD. Previously, PTSD was only recognized as an outcome of combat operations, but that too has changed. The VA now acknowledges that non-combat stressors can cause PTSD, if the traumatic event occurred during the veteran’s time of active duty service.

Mental health experts also know that it can take a long time, sometimes years, for symptoms of PTSD to show up to the extent that they disrupt a veteran’s basic functioning. You may have developed PTSD symptoms long after your time in service, or were afraid to come forward at the time you experienced the trauma — that shouldn’t stop you from seeking benefits. If your PTSD symptoms make it difficult for you to work or go about your life normally, you have a good case for disability benefits. This article breaks down the process for applying for PTSD benefits and how the VA rating system works. But first, let’s take a moment to unpack the difference between trauma and PTSD.

What’s the Difference Between Trauma and PTSD?

The terms ‘PTSD’ and ‘trauma’ are used casually these days, to an insulting degree in our opinion. A true traumatic experience, as recognized by the VA, is one in which you were threatened with death, or you witnessed something horrible happen to someone else and felt powerless to help. PTSD is the psychological disorder that can seep in after the traumatic event. The condition is commonly characterized by:

A PTSD diagnosis is the first step in applying for disability benefits. If you think you have PTSD or other mental difficulties and have not yet received help, talk to a doctor or mental health professional today. If you’ve already been diagnosed with PTSD and are ready to apply for benefits, the next step is to document your claim.

In order to win your claim you must be able to document that your stressor — the traumatic incident that happened to you or that you witnessed — is service-connected. If possible, gather service records showing that the stressor occurred during your time of service. If that’s not possible, you can use buddy statements, reports and documents from medical professionals, vocational experts and psychologists to establish service-connection and bolster your claim.

If your stressor occurred overseas in a combat zone, the good news is that new VA regulations make it easier for veterans to prove PTSD claims. The new regulations “reduce the evidence needed if the PTSD stressor claimed by a veteran is related to fear of hostile military or terrorist activity and is consistent with the places, types, and circumstances of the veteran’s service.” In layman’s terms, the link has already been established between particular combat theaters in Vietnam, Iraq, and Afghanistan, and veterans of those conflicts going on to develop PTSD. So, for example, a veteran who was routinely endangered by IED roadside bombs while on security patrols in Iraq wouldn’t be required to provide additional evidence corroborating that claim.

We’ve been talking about combat stressors, but non-combat stressors can also cause PTSD. Non-combat stressors include robberies, domestic violence, and sexual assault; essentially any in-service event that caused you to fear for life or limb. These incidents occur all too frequently, but the link to PTSD is less well established. In the past PTSD related to Military Sexual Trauma (MST) was particularly hard to prove. Incidents of MST were swept under the rug by commanding officers, while “Don’t Ask, Don’t Tell” prevented the victims of same-sex MST from reporting crimes out of fear of losing their jobs. Recent media scrutiny has alerted the public to the prevalence of sexual violence in the military, which has led to more cases being reported. In 2012 the VA acknowledged the difficulty of corroborating MST claims and relaxed evidentiary standards, leading to a 20% increase in successful MST-related PSTD claims. Proving PTSD due to a non-combat stressor presents its own unique challenges, but don’t be deterred. The absence of service records is not valid grounds to deny a PTSD claim, nor is a veteran’s failure to report at the time out of fear.

How PTSD is Rated by the VA

Now we get to the question of compensation and the VA’s rating system. The VA rates PTSD from 0% to 100%, with breaks at 10%, 30%, 50%, and 70%. At the low end, a 0% rating meaning you have a diagnosis but few symptoms impacting your work. At the high end, a 100% rating meaning you are totally impaired, economically and socially, and a danger to others. Most cases fall somewhere between 30% to 70%. Without going all the way to 100% you’re still eligible for total disability and individual unemployability (TDIU) with a 70% rating. Let’s break down the most common ratings.

A 10% ratings means you have an occasional decrease in productivity at work due to transient PTSD symptoms, but only during periods of significant stress.

A 30% rating means you have an occasional decrease in productivity at work due to more severe PTSD symptoms than at 10%, but most of the time you’re able to function normally.

A 50% rating means your productivity at work is impaired, along with just about every aspect of your life. Symptoms could include frequent panic attacks and impaired thinking.

There’s a marked difference between 50% and 70%. A 70% rating indicates a drastic impact on the veteran’s ability to work and maintain relationships. Symptoms could include near-continuous panic attacks, depression, and impaired impulse control that could lead to violence. Veterans at this rating level might have a limited support system or lack of access to mental health resources. Often the vet has gone many years without a diagnosis, or was misdiagnosed, allowing the condition to worsen outside of the care of a psychiatrist or psychologist.

A 100% rating for PTSD is rare, and is usually reserved for individuals with severe mental impairments who pose a threat to themselves and others, causing them total occupational and social impairment.

Getting to 100% with Related Conditions

Though it’s rare for the VA to rate PTSD at 100%, that doesn’t mean that PTSD can’t render you totally disabled (the official term is occupational impairment, meaning you can’t work due to the disability) and pay you at the 100% rate. Additionally, it’s possible to get a 70% PTSD rating and combine it with other, related conditions to get to a 100% disability rating in cases where that is warranted. PTSD is an anxiety disorder, and anxiety disorders often go hand in hand with depression, substance use, and sleep disorders. The following conditions are commonly seen in conjunction with PTSD, or have been shown to be exacerbated by PTSD:

Fighting on Behalf of Veterans with PTSD for Full Compensation

It’s bad enough you experienced a trauma while serving your country and have been living with PTSD. You don’t have to let the VA make you run through their maze alone. We understand the unique challenges in proving service-connection for PTSD that might have gone undiagnosed or misdiagnosed for years. If your condition has worsened and you’re not able to do the everyday life stuff you once could, we may be able to help increase your PTSD disability rating. We have helped many veterans receive compensation for PTSD and other mental health conditions. If you have any questions about your mental health rating, please get in touch with one of our VA-certified claims agents or attorney.