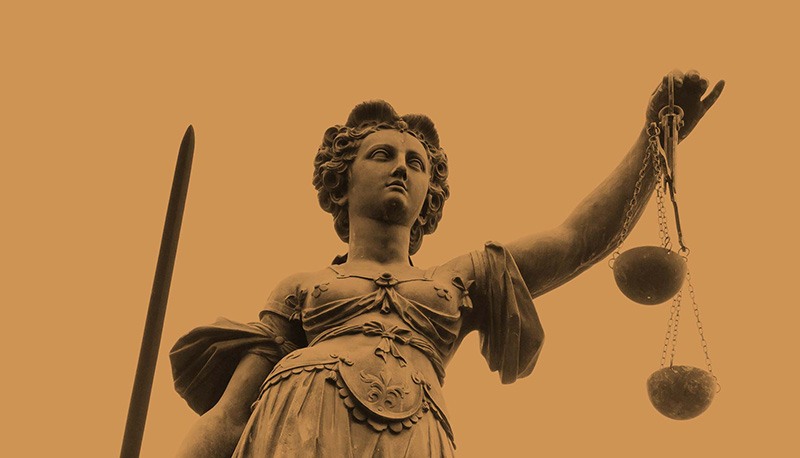 For many survivors of Camp Lejeune water contamination, the passage of the Camp Lejeune Justice Act brought about mixed emotions, some bitter, some sweet. Some veterans and family members exposed to cancer-causing toxins in the water at Lejeune have been waiting as long as 60 years for justice. This Camp Lejeune veteran writing on Reddit couldn’t have said it any better:

My entire family has incurable Lejeune Blood Cancer, including myself. The Act not only allows my family to sue, it also lowers the standard of proof, in these cases, to “Possible” that these toxic contaminants caused these cancers in question. Soon, hopefully, I’ll be seeing you in the NC Courthouse. It’s been a long time since I have seen Jacksonville. I might visit my old surfing grounds on Topsail. If you are one of the Lejeune toxic water brats, this is your day in court. Good luck everyone.

The veteran is talking about the provision of the PACT Act that empowers veterans and family members who were exposed to the water between ’57 and ’87 to join a Camp Lejeune water contamination lawsuit. This aspect of the bill hasn’t received as much attention as the burn pits benefits provision, so we thought we’d get into it here.

If you’ve heard next to nothing about water contamination at Camp Lejeune up til now, you’re not alone. For decades, Marine higher-ups covered up the water contamination. Service members and family exposed to the toxic water only won presumptive benefits in 2017, 30 years after the last contaminated wells were shut down.

Every Marine knows that Camp Lejeune has an illustrious history. During World War II soldiers trained for amphibious operations at the base before deploying to the Pacific Islands. Since then Camp Lejeune has trained Marines who have fought in every major US conflict, as well as those who trained for peacekeeping operations in Lebanon and tactical recovery of aircraft and personnel missions. But Camp Lejeune has a dark chapter in its history that has only recently come to light.

The contamination of drinking water at Camp Lejeune began in the 1950s and continued through 1987, when the most severely contaminated wells were shut down, according to the Agency for Toxic Substances and Disease Registry. Drinking water wells were contaminated with industrial solvents from an off-base dry cleaners, benzene from leaking storage tanks on-base, and other volatile organic compounds (VOCs) that found their way into the groundwater, according to the EPA.

As a result, hundreds of thousands of veterans and family members who lived on the base between the 1950s and 1980s developed a range of serious illnesses, including birth defects and cancer. Adding insult to injury, the Navy and Marine Corps knew about the contamination and covered it up for decades, according to the congressional oversight committee tasked with investigating the matter in 2010.

What Illnesses Are Associated with Camp Lejeune Water Contamination?

Cancers in particular, including leukemia and Non-Hodgkin’s lymphoma, are common among vets and their spouses and children who lived at Camp Lejeune. Veterans and their families who have suffered due to these illnesses are entitled to compensation and health care for their illnesses. Yet for years the VA treated Camp Lejeune water claims on a case-by-case basis, requiring veterans to prove service-connection. That changed in 2017, when Congress mandated presumptive benefits for 8 illnesses. The 8 presumptive illnesses are:

If you have another serious illness that you believe is connected to Camp Lejeune, you can still file a disability claim and provide supporting evidence that it is service-connected. The VA decides these claims on a case-by-case basis. It’s best to consult with an experienced VA-accredited claims agent when navigating the claims process. They know the system and can cut through the red tape.

Family members also have the option of seeking compensation for out of pocket costs through the Camp Lejeune Families Act (CLFA). We cover the CLFA option in more detail below. All told, there are now three ways to seek Camp Lejeune compensation. Click a link below to explore each option.

3. Getting reimbursed for out of pocket costs through Camp Lejeune Families Act

With the passage of the PACT Act of 2022, veterans and family members struggling with terminal illnesses caused by Camp Lejeune water (or who lost their struggle) can now sue in state court. Previously, a North Carolina statute of limitations law disqualified the tens of thousands of veterans who got sick from the water or had a child born with birth defects from seeking settlement in court.

Now, lots of veterans we talk to are under the impression that participating in a lawsuit could jeopardize their disability status, or reflect badly on them in the eyes of the government. We’re here to tell you that that’s not the case. If it was, the PACT Act would not be the law of the land.

Veterans who served honorably and developed chronic health problems as a result of their service are entitled to be made whole through the courts AND the VA benefits program. Seeking a settlement does not disqualify you from receiving VA disability benefits. On the other hand, if you already receive benefits for Camp Lejeune-related illnesses, you can still participate in a class action lawsuit to recoup medical expenses.

Plaintiffs can expect to receive anywhere between $25,000 and $1 million or more, depending on the severity of their illnesses and the impact it had on their family’s health.

How Do I Join a Class Action Settlement?

They’ve set up a dedicated line for Camp Lejeune, so don’t hesitate to contact them to learn if you are eligible by calling (850) 436-6308.

Over the years, the government has thrown many obstacles at veterans and their loved ones who were sickened by the water at Camp Lejeune, from coverups to denial letters. It took 30 years of dogged advocacy on the part of veterans groups to reach the point we’re at today, where Camp Lejeune veterans suffering from cancers are automatically eligible for disability benefits.

In 2012 Congress mandated “presumptive benefits” for 8 diseases and conditions researchers found to be directly caused by Camp Lejeune’s toxic water, clearing the way for veterans to win their disability claims. To recap, as of 2022, those 8 presumptive conditions are:

Presumptive benefits don’t require you to provide additional evidence proving a direct service connection. If you lived on the base between 1957 and 1987 and have been diagnosed with one or more of the above conditions, you’re covered for disability benefits and VA health care.

If you have other health conditions you believe are connected to water contamination, you will have to prove a direct service connection. Proving service connection involves working with the VA, your doctors, and a VA claims agent to gather supporting evidence from your service and medical records. If you have disabilities not related to Camp Lejeune, they can also be service-connected in the same manner.

If you have trouble winning your claim, not to worry. You have options. You can appeal your claim. The Rep for Vets is one such organization devoted to getting you the maximum compensation for Camp Lejeune Water Contamination. Some veterans in your shoes turn to lawyers, but we believe an experienced VA-accredited claims agent is your fastest and most cost-effective option. If you’re ready to appeal your claim, get in touch today to schedule a free VA claims evaluation.

Veterans and their families who have suffered due to Camp Lejeune water contamination are entitled to disability benefits and free health care for their illnesses. Learn how you can get the maximum compensation. Read more

There is currently no data on average Camp Lejeune compensation, but we can say that a veteran with no dependents whose disabilities are rated at 100% receives $3,332 in monthly compensation as of 2022. For veterans with dependent spouses or children, that number goes up.

You can see the latest Veterans Disability Compensation Rates here.

You may also be eligible for  Special Monthly Compensation, which is additional monthly compensation for especially severe disabilities. Individual Unemployability could be another way to receive maximum compensation without a 100% rating.

Getting Reimbursed for Out of Pocket Costs through CLFA

The Camp Lejeune Families Act, passed the same year as the Janey Ensminger Act, made veterans and their family members eligible for reimbursement for out-of-pocket costs related to 15 conditions, some of which overlap with the above list. These benefits are administered through the Camp Lejeune Family Members (CLFM) program. The reimbursable conditions are:

It’s worth repeating that the CLFM program does not provide direct health care to family members. Rather, VA reimburses family members for out-of-pocket medical costs, and only after receiving payment from all other health plans.

To learn more about how these benefits programs overlap, you may wish to consult our Camp Lejeune Water Contamination Benefits Guide. We are fairly confident it is the most trusted and comprehensive resource on the subject on the Internet.

Get Help From a VA-Certified Claims Agent

Ready to pursue justice for your family’s toxic exposure at Camp Lejeune? Time is of the essence. If you are one of the 400,000 Camp Lejeune veterans with claims currently in appeal, please get in touch. We have fought on behalf of thousands of veterans in your shoes to get the benefits they earned through their service to our great country.

Don’t let a denied claim discourage you from getting life-sustaining benefits. If your Camp Lejeune claim was denied or rated too low you have a right to appeal. Call 1-888-5-REPVET or fill out a quick form to get started. Our claims agents promise to serve you as honorably as you have served your country. We look forward to hearing your unique story and helping out in any way we can.