Deprecated: Function _register_skins is deprecated since version 3.1.0! Use Elementor\Widget_Base::register_skins() instead. in /home/customer/www/repforvets.com/public_html/wp-includes/functions.php on line 5379
 Latest News on Agent Orange Compensation: PACT Act Edition - Rep for Vets

Posted by The Rep for Vets
in Agent Orange 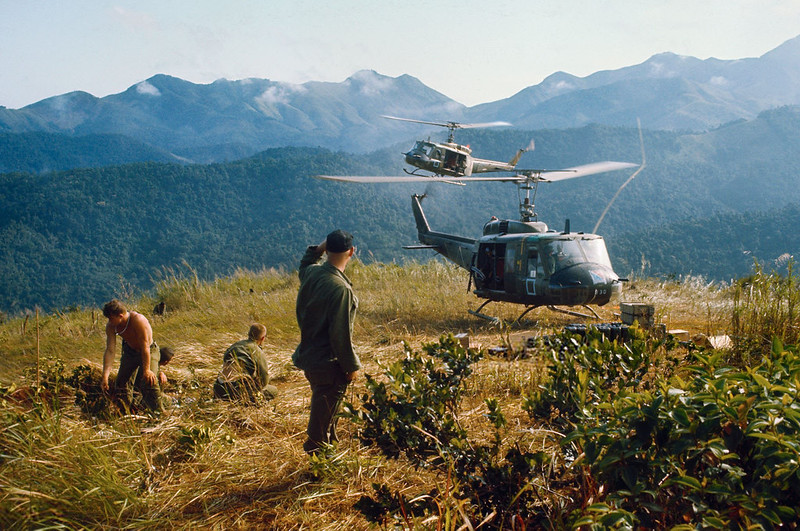 This article on Agent Orange Compensation is one in a series exploring the benefits created by the Honoring Our PACT Act, the biggest VA veterans benefits bill in U.S. history.

The bill promises to:

That’s changing. For these veterans and their survivors, relief is on its way in the form of the PACT Act, the biggest veterans benefits bill in recent history. Among other things, the new law mandates the presumption of service-connection for 18 illnesses scientifically linked to Agent Orange exposure, regardless of where the toxic herbicide was sprayed and how it was used. The presumption of service connection now extends from Vietnam and its waterways to the Korean Demilitarized Zone to Thailand, Laos, Cambodia, Guam, American Samoa, and the Johnston Atoll.

This article looks at the countries where presumption of service connection for Agent Orange has been extended, as well as new benefits unlocked by the PACT Act, including hypertension, and the opportunity for surviving spouses and dependent children to recover retroactive benefits the VA previously denied.

If you need a refresher on Agent Orange basics, check out our up to date Agent Orange exposure page. We’ve also written about recent additions to the presumptive benefits list, including bladder cancer, hypothyroidism, and Parkinsonsim. (See the Appendix for the current list of presumptive conditions.)

We wrap things up with a discussion on steps you can take to secure these benefits, and increase your disability rating where appropriate.

Presumption of Exposure Expanded to Entire Theater of Conflict

Below is a table of the countries and waterways where the PACT Act extends presumptive benefits, along with the important eligibility dates.

Let’s delve into more detail on each country.

Veterans and their advocates have long maintained that herbicides were sprayed all around Thailand’s Royal Airforce bases. But for years the VA relied on a technicality, classifying the herbicides used there as “commercial” rather than “tactical”, to justify denial letters.

That frustrating history is now a thing of the past. Vietnam-era veterans who served on or around Thailand’s military bases are now eligible for presumptive benefits. It doesn’t matter what base you worked on or what your job was. If you were exposed to Agent Orange and developed serious illnesses, you get presumptive benefits.

Gone are the days when veterans had to go before the VA and say things like, “I was this close to the perimeter of the base and this is where I lived and I did guard duty and here’s a photo of me near the base that my buddy took…it’s a little blurry.” If you served on the base, you’re covered.

The only requirements are a diagnosis of one or more of the presumptive conditions and service records indicating that you served on or around a Thai base between Jan 9, 1962 and June 30, 1976.

The bill makes exposure to Agent Orange in Laos presumptive from the dates of  Dec 1965 through Sep 30 1969. This doesn’t cover the entire Vietnam War period, which could be a problem for some veterans who were exposed to dioxin that persisted in the environment. The dates cover the period when herbicides were sprayed in Laos, especially along the Ho Chi Minh Trail.

If you believe you were exposed to Agent Orange in Laos after 1969, you may still have a benefits claim, but you will have to prove that it is service-connected on a case-by-case basis.

Exposure to Agent Orange is now presumed for veterans deployed to Cambodia, but only between the limited time frame of Apr 16 1969 through April 30 1969. The same advice we give for veterans exposed to dioxin that persists in the environment applies here.

We’ve posted about the challenges facing Guam veterans in the past, and are pleased to see them getting presumptive benefits for Agent Orange exposure. Despite the VA’s former position that Agent Orange was not used in Guam, or was only used “commercially”, the PACT Act confirms that it doesn’t matter how it was used — it still made veterans sick.

The U.S. military stopped using herbicides in Vietnam in 1971, but they continued to be sprayed around perimeters of bases in Guam and American Samoa for several more years. The PACT Act provides a presumption of exposure to Agent Orange in Guam, American Samoa and their respective surrounding waters between Jan. 9, 1962, and July 31, 1980.

In our opinion, the clearest evidence that Guam veterans were exposed to Agent Orange is the fact that they suffer from the same raft of cancers and illnesses that their counterparts who served elsewhere are experiencing.

Guam legislative Speaker Therese Terlaje has this to say about the House’s passage of the PACT Act earlier this year:

“I thank the many veterans across the nation and residents of Guam who have spent many years lending their voices in testimony to secure a presumption and corresponding health care coverage for those who suffer cancers, diabetes and other illnesses caused by exposure to Agent Orange,” she told the Guam Daily Post.

Veterans who spent time on Johnston Atoll or sailed there between Jan. 1, 1972, and Sept. 30, 1977 are also presumed to have been exposed to Agent Orange. Herbicides were stored at Johnston Atoll after they were banned from use in Vietnam. In 1977 they were burned at sea, further exposing veterans to dioxin.

Until 2020, only Vietnam veterans who met the VA’s “boots on the ground requirement” qualified for presumption of exposure. That changed with the passage of the Blue Water Navy Vietnam Veterans Act, which extended the circle of exposure to the waters off Vietnam, making 62,000+ more veterans eligible for presumptive benefits.

Check out our article on the Blue Water Navy Vietnam Veterans Act of 2019 if you’re interested in learning more.

Hypertension alone is usually rated at a low percentage, but it can be used to “service-connect” other serious conditions, like heart disease or a stroke. The second condition, heart disease in our example, is secondary to chronic hypertension, so you’ll hear terms like “secondary service connection” or “heart disease secondary to hypertension.” This is one way an experienced claims agent can help veterans get the benefits they’ve earned.

See our Agent Orange update of February 2022 to learn about more recent additions to the presumptive list, including Bladder cancer, Hypothyroidism, and Parkinsonism.

Changes to the sleep apnea VA rating schedule could impact tens of thousands of veterans. Here’s what you need to know to protect your benefits. Read more »

Some have criticized the VA for moving too slowly to acknowledge the damages caused by Agent Orange exposure. The sad reality is that many veterans have died waiting for disability benefits. When that happens, the surviving spouse or dependent children can apply for survivor benefits in the form of Dependency and Indemnity Compensation (DIC).

This is the first bill we’ve ever seen grant earlier effective dates to surviving dependents. We’ll say it again: If you are the spouse or dependent child who was previously denied DIC related to Agent Orange exposure, you now have the opportunity to appeal your claim and receive backpay.

When Is the Earliest I Can Refile My Claim?

You can apply to have your presumptive benefits claim expedited if you meet any of the following conditions. You are:

If none of those situations apply to you, you will have to wait until Oct 1, 2022 to refile. Because the PACT Act is such a huge bill, benefits are being phased in over the next couple years. That said, it doesn’t hurt to refile as soon as possible to get the ball rolling.

What Is the Average Compensation for Agent Orange?

There is no data on average compensation for Agent Orange per se, but we can give you general guidelines on how VA disability compensation works.

Generally speaking, a veteran who is rated at 100% disabled and is not supporting a family receives $3,332 a month.

If that veteran is supporting a spouse or dependent children, that amount goes up for each dependent. Learn more about 2022 VA Disability Pay Rates here.

Get Professional Help With Your Agent Orange Exposure Claim Today

If you would like the VA to reconsider your Agent Orange claim, act now. There are key deadlines that must be met in order to successfully file an appeal. We can walk you through the process. This is what we do, this is all we do. We are the Rep for Vets.

The Rep For Vets is a veterans advocacy firm made up of VA-accredited claims agents who represent veterans throughout the claims process. We know the system and will fight for your interests and dignity.

Call us at (888) 573-7838 or use fill out a quick contact form to talk about how Agent Orange exposure has impacted your long-term health. No matter where you are, our claims agents can help you secure the benefits (and backpay) you’ve earned.

1. As of August 2022, the VA presumes that the following 18 medical conditions are connected to Agent Orange exposure: